Will support India for next four decades in submarine – Naval Group

India is looking for another six conventional submarines for its Navy. As the world is opening post pandemic, and business is getting back to normal, Rohit Srivastava, Editor IDI, had a email interview with Naval Group on its bid for submarine and its long-term plan for India. 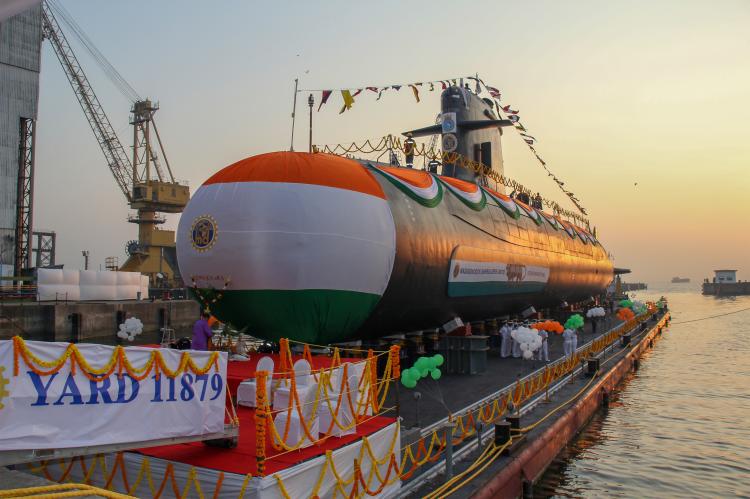 Naval Group – We have been honoured to be one of the shortlisted original equipment manufacturers (OEM) for the P75(I) program based on Expression Of Interest (EoI) in 2019 and its result confirmed by Indian government in early 2020.

Present request for proposal (RFP) issued in July, 2021 is under review by Naval Group based on information received from Indian shipyards. We can only confirm that based on centuries of experience in submarine design and integration strategic propulsion on-board French Navy’s best in class nuclear attack submarine (SSN) and nuclear ballistic missile submarine (SSBN), providing a modern submarine fitted with air independent propulsion (AIP) to Indian Navy in future would be very much possible.

For us, there remains more interesting technical subjects to deal for this futuristic indigenous platform for Indian Navy - such co-developed combat system, local content by Indian industry, Lithium Ion batteries etc. Should Naval Group be consulted, we will support the Indian shipyard industry to provide the navy with adapted battle-ready submarine to be operated for next 4 to 5 decades.

On their AIP System

NG – We have developed a fuel cell based AIP which has been demonstrated and ready to be integrated onboard any submarine. The AIP and associated features would bring unmatched stealth and most discreet acoustic signature during the entire life span of the submarines, minimum for another 35 years.

However, we are also closely working with defence research and development organisation (DRDO) to integrate safely the Indian AIP in the Kalvari class submarines during their future normal refits. The fuel cell based DRDO’s AIP has recently demonstrated its performances on the Land Base Prototype in Ambernath.

NG – The success of the P75 program demonstrates the technical and manufacturing capabilities of the Indian industry. We are in discussion with both SPs and were looking forward to contribute to "Aatmanirhbar Bharat" and reinforce our historical Indo-French bilateral ties, should Naval Group was allowed to participate to the tender.

NG – We have more than a decade of robust and constructive business in India and we are proud to have a committed team of more than 50 people at this moment.

We rejoice our long lasting partnership with Mazagaon Dock (MDL) and Indian Navy in frame of P75 Scorpene submarines (besides P28, Anti-Submarine Warfare corvettes, and AIP development with NMRL/ DRDO). Being associated with such prestigious national projects, gave us opportunity to create, nurture and extends our industrial ecosystem in India and to create a sustainable base for future naval projects.

Today, Naval Group is in discussion with the Indian Navy for a number of future programs which include service support to Indian Navy for maintenance of P75 submarines, future indigenised aircraft carrier and heavy weight torpedoes amongst others. We are also proposing advanced simulators for submarine applications to Indian Navy. Such simulators are being proposed with high indigenous content and in partnership with Goa Shipyard Limited (GSL), which is not only a key shipbuilder but also a centre of excellence for simulators.

Our transfer of technology (TOT) to MDL encompasses transferring manufacturing capabilities and expertise in quality control for several tasks including the safety dive. This has resulted in training and qualification of skilled local man power. Today, MDL is undoubtedly one of the few centers of excellence around the world having comprehensive, knowledge, infrastructure and manpower dedicated to submarine building.

In parallel, Naval Group India is working with a range of Medium, Small, Micro enterprises (MSME) like SEC, Flash Forge, HBL and many more under this program. This has enabled equipment to be locally manufactured in the categories of Float (Hulls, Hatches, Ballast Valves), Move (Steering Consoles) and Fight (Weapon Handling).

Naval Group in India has also been instrumental in cementing partnerships with French MSMEs to enter into tie-ups and joint ventures with Indian MSMEs to deliver locally manufactured equipment in India. Coyard Flash Forge is one such example of a joint venture. All these have also enriched the indigenous content for the P75 program as a whole.

On integration Indian systems on the P75I platform

NG – As experienced integrator of submarines and true industrial partner to Indian Navy, Naval Group has always been open to discuss and support indigenous efforts of the Indian industries. We will always try to study and recommend the best possibility of future evolution but the safety and performance of the submarines as priority. 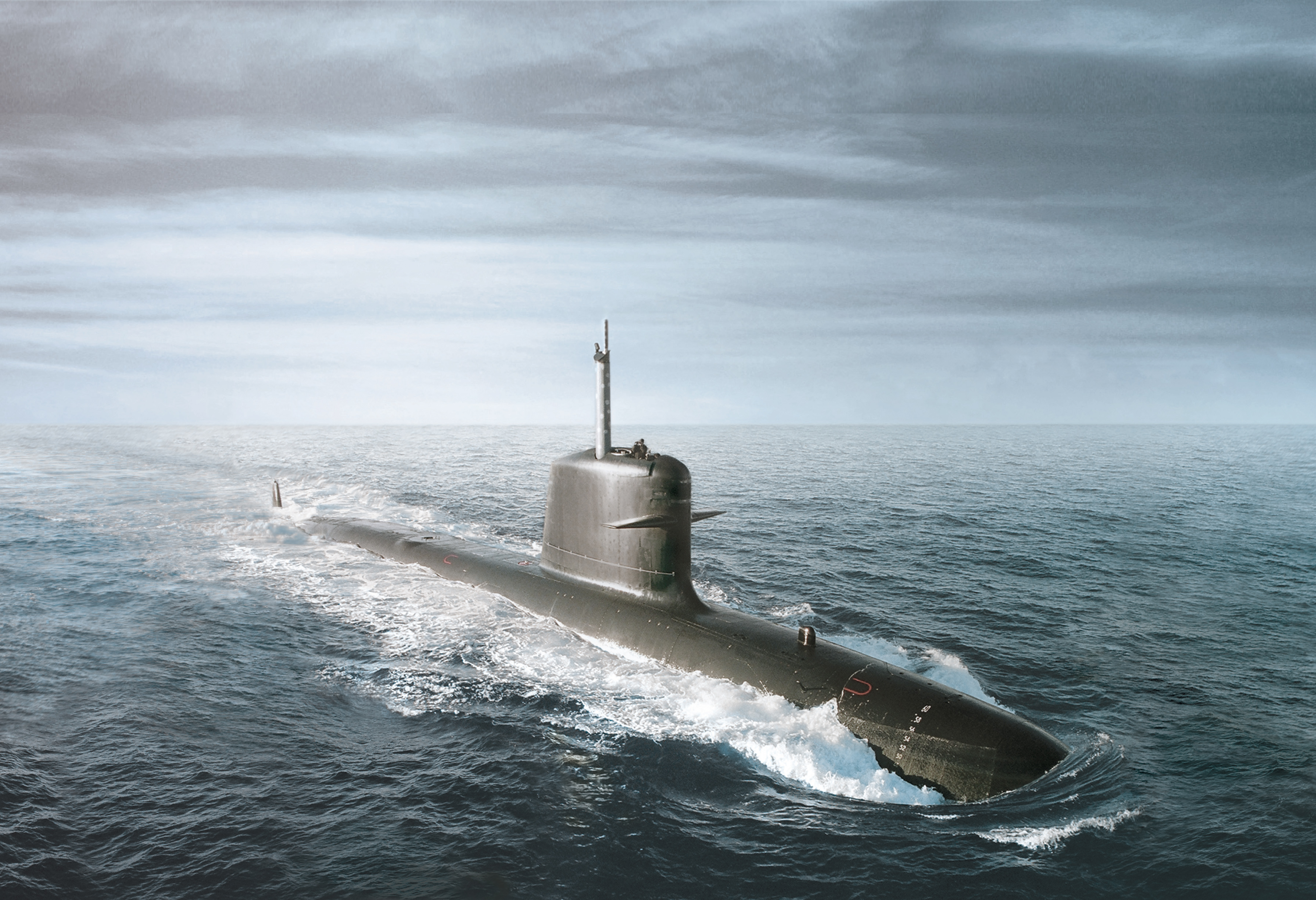 On partnership with Indian market

NG – Taking into account Indian Navy’s experience and existing infrastructure at its naval bases, Naval Group is ready to provide some adapted services, if needed, to Indian Navy aiming at optimized availability of P75 submarines at sea. We are also training our local teams under supervision of experts from maintenance domain to perform critical tasks on-board the submarines.

We are proposing to the Indian Navy, F21 torpedo for the HWT procurement programme. This is the latest generation HWT developed for the French Navy for its latest SSN submarines and whose characteristics far exceed all other heavy torpedoes currently in service. It has recently passed successfully its latest operational trials through exceptional performance levels and has been recently inducted.

The Indian Navy has an ambitious modernization programme and Naval Group would like to support that vision by helping build modern platforms. Naval Group is interested in supporting the Indigenous Aircraft Carrier (IAC) 2, the Landing Platform Dock and other future naval platforms with high-end military requirements and performances.

In addition, we are in discussion with Indian shipyards for future surface ship programs and also proposing latest simulators and tools for training and maintenance of P75 submarines.
We are keen to partner with Indian industries and shipyards (such as GRSE, Kolkata) for possible export potential to friendly navies too.

The Group is committed to the Indian Navy and Indian Government for ‘Aatmanirbhar’ approach of doing business - hence we see a lot of opportunities in the future.

On  lessons from Scorpene programme

NG – The Scorpene program is not only a first of its kind for India but in the world. Indeed, there are no other submarine building projects where the ToT was made for all the submarines to be constructed locally, including the first of class.  Indeed, submarine construction is one of the most complex industrial endeavours.  It requires 20 per cent to 50 per cent more man hours than to build a fighter aircraft.

The P75 programme has facilitated local equipment manufacturing and integration, some of which is critical in nature. The quality of the equipment indigenously produced in India is at par with quality of foreign suppliers and in line with the highest requirement of Scropene® submarine. This has definitely given a great confidence and boost to Indian MSMEs who are now in position to expand in international markets.