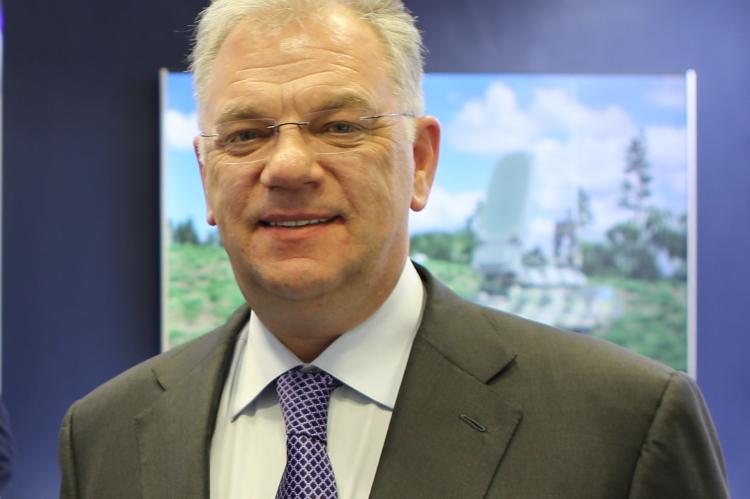 1. In what areas cooperation is most active between Russia and India?

Shugaev - Russia and India are bound by a privileged strategic partnership. The military-technical cooperation between our countries remains at a very high level. All types of military equipment produced by Russia - overland, sea and aviation – are broadly presented in the Indian Armed Forces. The most well-known are: "MiG" and

Our countries continue to build up cooperation in a wide range of areas. First of all, I mean license production of Su-30MKI aircraft and T-90S tanks; preparatory work to launch production of Ka-226T helicopters in India. We signed contracts on

S-400 "Triumph" air defence missile system and 11356 project frigates for the Indian Navy. Russia is also participating in various Indian tenders together with the Indian players under SP model.

2. What main competitive advantages does Russian military equipment have from the point of view of the Indian Army Forces?

Shugaev - Russian equipment is truly time-tested. It has been supplied to India for decades. So, evidently, there exists the necessary infrastructure for its smooth operation and there are capacities to train Indian specialists.

Above that, the main competitive advantage of Russian weapons and military equipment is their high-performance characteristics which are up to the best world standards. And at the same time, our equipment stands out for its ease in operation and high reliability.

3. When did the military-technical cooperation between Russia and India start?

Shugaev - The military-technical cooperation (MTC) with India started in 1960 when the first batch of MiG-21 aircraft was delivered to India. For more than half a century of MTC we have signed contracts worth dozens of billions US dollars. Russian technical assistance helped India build above 170 military objects and defence production facilities. Interaction in this field has always been progressive and constructive.

4. How high is the potential for modernization and upgradation in
the Russian military equipment? What can the Russian Federation offer today in this regard?

Shugaev - All exported Russian military products have a huge potential for modernization, and the military equipment supplied to India is no exception. The prime example is the upgradation of MiG-29 aircraft of the Indian Air Force to  MiG-29UPG standard. As a result, the Indian Air Force will receive the latest generation aircraft capable of carrying out a wide range of missions. Two sides are also discussing the modernization of T-72S and T-90S tanks and the first batches of Su-30MKI aircraft, produced in the 1990s, and the upgrade of Il-76 military-transport aircraft and Mi-17 helicopters.

Shugaev - Extending license production followed by deep modernization of Su-30MKI aircraft produced in the 1990s and early 2000s. This may become a very promising direction for the Indo- Russian cooperation in the aviation sphere. We are looking forward to competing in the upcoming tender for 110 aircraft.

Worth mentioning are our achievements in the area of helicopter production. First of all, a JV on Ka-226T helicopters in India that should be operational soon. And yet another JV that can materialize in the near future is the one on Kalashnikov. I am sure it will help India meet its high demand for modern and high-quality rifles.

6. During the show, what are your most promising products?

Shugaev - Certainly, it will be our brand new MiG-35 fighter along with other types of planes that UAC produces. Our outstanding helicopters are as usual in high demand. Ka-226T light helicopters, Ka-52 attack helicopters and various modifications of the "Mi" type military-transport helicopters will be presented at the exhibition.

7. Is Russia ready to consider more joint ventures in India? How has been your experience in this regard?

Shugaev - We have a positive experience of executing JVs with a number of countries, but the real gem in the crown is "BrahMos Aerospace" – a joint Russian-Indian organization. It produces missiles that are not only in demand in India but have vast export potential.

Besides that, another joint Russian-Indian venture on the production of Ka-226T light helicopters is being finalized.

Under the “Make in India” program we see it as a strategic step to jointly develop and produce hi-tech military equipment with India. At the same time, our openness in this respect is yet another manifestation of the special bond and strategic partnership that our countries share.