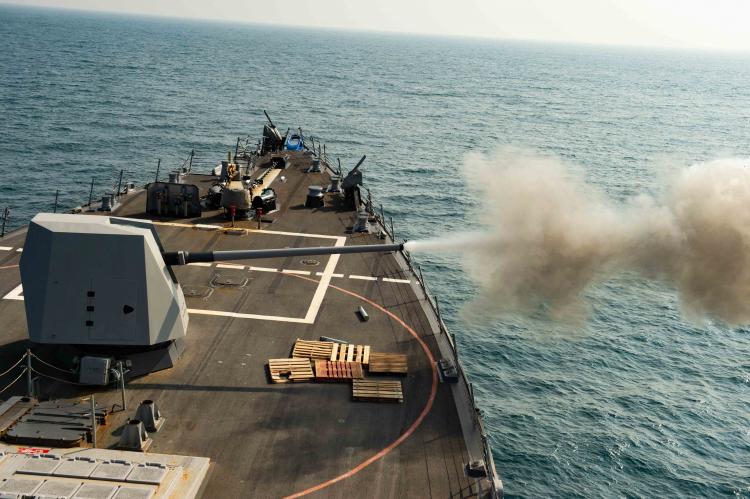 The United States on Wednesday approved sales of thirteen naval guns to India. The purchase will cost over USD one billion to India, said an official statement.

The BAE Systems, the prime contractor, will manufacture guns at its Louisville, Kentucky, plant. The proposed sale does not include any offset obligations.

With a range of around 36 km, the bow-mounted gun will equip Indian Navy’s surface combatant ships for anti-ship, anti-surface role.

The gun is currently operational with US Navy’s DDG 81 and is being forward-fit to DDG 51 Class destroyers and the fleets of South Korea, Japan and Denmark.