India is looking for 1770 futuristic tank 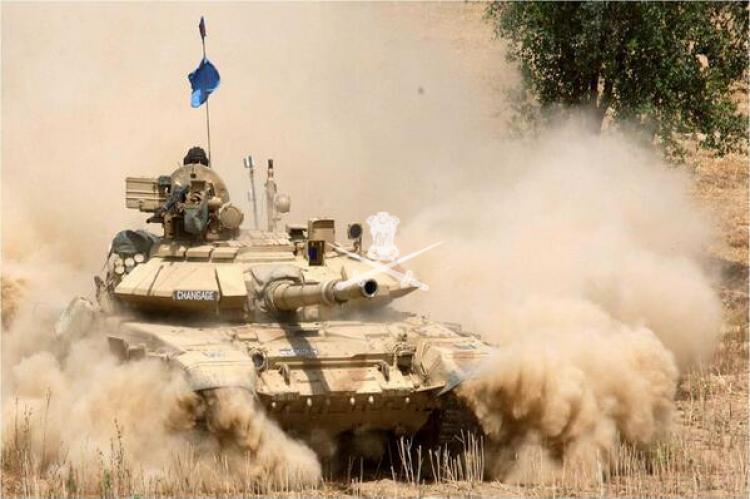 As India is coming out of the second wave of the Covid-19 pandemic, much-discussed and delayed projects are being revived by the Ministry of Defence. In the last fortnight, the Indian Army has come up with three request for information (RFI) for major programmes – 350 light tanks, 52 Calibre Mounted Artillery and 1770 tanks. When operational these weapon systems will substantially improve the firepower of the Indian Army.

The RFI for 1770 future ready combat vehicle (FRCV) was sent out in May. The Indian Army has been toying with the idea to replace the Russian made T-70 and T-90 main battle tank through the strategic partnership model.  This RFI supersedes the RFI issued in November 2017.  Army calls the previous RFI “technologically outdated.”

According to the document, the next generation tanks would be inducted “in a phased manner, with expected induction by 2030.”

“In conformity with the emerging future threat spectrum and the technological advancements, the Indian Army intends to induct a new state-of-the-art ‘technology enabled’ tank to operate in varied terrain profile (High Altitude Areas, Plains/Riverine, Deserts/Semi-Deserts) across the current and future spectrum of conflict, which will remain in service for the next 40-50 years as the ‘Main Battle Tank’ of the Indian Army,” it states.

Keeping in line with the ‘Atmanairbhar Bharat’, India wants the original equipment manufacturer to submit a basic design and indicate technologies that are integrated and can be integrated into the basic design of the platform.

As the world is witnessing rapid evolution in technology, the Indian army wishes to induct the FRCVs in a phased manner. “Initially, limited quantities are planned to be inducted that will assist in product improvement” and based on operational feedback new technologies will be included to be “synch with technological advancements.”

Indian army is looking for a medium weight tank manned by a crew of 2/3 which is transportable by in-service rail, road, air and ship. Besides the standard armament, the  FRCV is desired to have a plethora of state-of-the-art technologies including, battlefield management system (BMS) with Fire Control System, Anti Drone capability, Unmanned Aerial Vehicle (UAV) Jammers, Net Enabled (UAV feed) and Identification-Friend-or-Foe system, options of Armament with Liquid Propellant Gun, and Electro-Thermal Gun.

They are also desired to have the ability to neutralise UAVs, Swarms and Loiter Munitions. Swarm of drone and loitering munitions are very effective against tanks and vehicles. During the Armenia-Azerbaijan conflict armed drone wiped out armour column with impunity. Post-war, many analysts begun to call this an end of the tank era.

It will be interesting to see how the FRCV turns out.