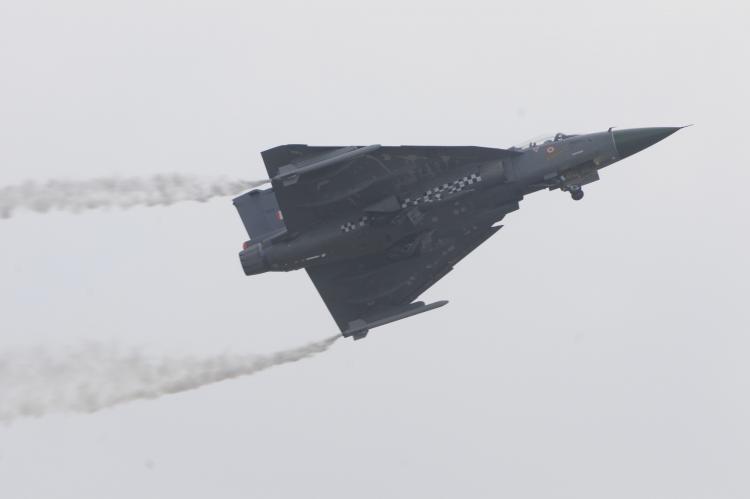 The first flight of Light Combat Aircraft (LCA) MK1A will be in 2022 and commercial production would be in three to four years from then. The price bid for the 83 MK1A by the Indian Air Force has not yet been opened and the Defence PSU is looking forward to that contract. HAL is also looking at the export market, primarily to South Asia and African countries. “We have been participating in airshows and some of the countries expressed interest,” the Chairman of HAL, R.Madhavan told a press conference at Aero India.

HAL will also be involved in the MK2 and the advanced medium combat aircraft (AMCA) as it will be the development and manufacturing partner with the Aeronautical Development Agency (ADA). “We will be involved in design. We are certainly interested in AMCA as it is in our line of business.”

As regards, the RFP for 110 medium multi role combat aircraft which the IAF has put out, Madhavan said HAL is the only company that will be capable of manufacturing the 110 aircraft (medium multi role combat aircraft) as and when the orders were placed by the OEMs. There is a requirement of 40 per cent indigenisation and HAL has the wherewithal and no other company had that kind of capabilities.

He clarified that HAL is not interested in offsets, but manufacturing. He was clarifying this in connection with 36 Rafale aircraft which India is buying from Dassault Aviation in an inter-governmental deal.  While not commenting on the Rafale controversy that the political parties are engaged in, he further said, “We have not been ignored by anyone and that is reflected in the orders that we have got.” Agreeing that  HAL got ‘bad press’, he said he would await the Court of Inquiry report on the recent Mirage 2000 crash.

HAL has bagged orders for mid-life upgrade of 17 Dornier aircraft valued at nearly Rs. 1,000 crores. Similarly, it had a set up a consortium with L&T for structures requirement by ISRO for the PSLV (polar satellite launch vehicles). ISRO has talked about the need of 12 PSLVs per year. On HTT40, HAL said the work on the basic trainer aircraft project started in 2013 and it is hoped that its certification would happen this year. “We are waiting for the RFP (request for proposal).” On the Sukhoi facility at HAL, he said that the company had put up a proposal for servicing of 20 to 25 aircraft. As regards upgrading MiG 29 aircraft, he said HAL had no information on that but assured that the company was in line to do so as it has been upgrading Su30s. HAL expects the order for light combat helicopter (LCH) to go up to almost 180 choppers with both the IAF and the Indian Army needing them. About 15 LCH Limited Series Productions are on.

HAL, he said, has been outsourcing nearly 30 per cent of its work.  “We have nearly 2,300 partners and the number is going to go up.” While he did not give the value of the outsourced work, he mentioned that it is being calculated on manhours and that amounts to 125 lakh manhours.

On the company’s financial health, he said it was very stable and robust. The reserves were at about Rs. 12,000 crores. “There have been issues of cash inflows, but operations are not affected. The situation will soon improve.” The delays were on the part of the IAF and the Indian Army and it was a question of their budget.