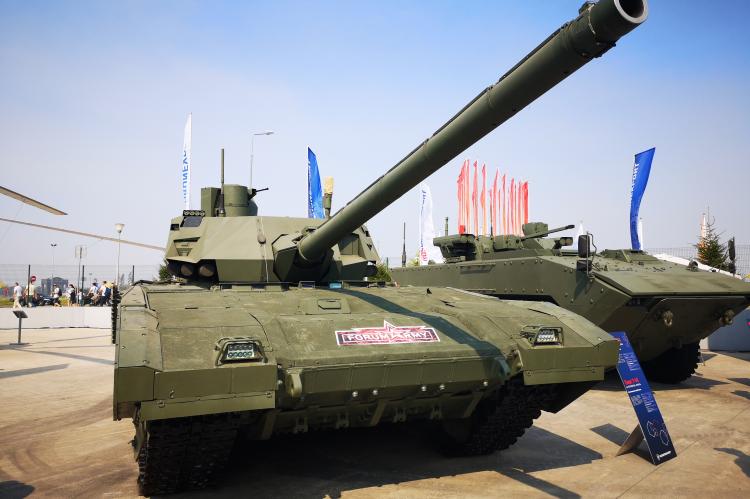 In the presence of over representatives of 15 countries and over 1300 companies from Russia and abroad, Russian President Vladimir Putin inaugurated the 8th edition of International Military-Technical Forum "Army-2022" at the Patriot Park, Moscow on August 15.

This edition of the forum is especially significant as the Russian Federation is under western sanction and is fighting special operation in Ukraine.

Welcoming the delegates for the Army 2022 and International Army Games, Russian president, in his inaugural address, said, “In the years of its existence, the forum has convincingly proved its relevance and firmly taken its place as one of the largest global exhibitions of military goods.”

Expressing appreciation for the defenders of Russia for their professionalism and courage, the president said, “At all times, they have reliably protected the sovereignty and security of our Homeland and brought freedom to other nations.”

“Our warriors are honourably performing their duty together with Donbass fighters in the course of the special military operation. They are fighting for Russia and peaceful life in the Donetsk and Lugansk people’s republics. They are performing all the tasks that have been set with precision, gradually liberating the land of Donbass,” he added. 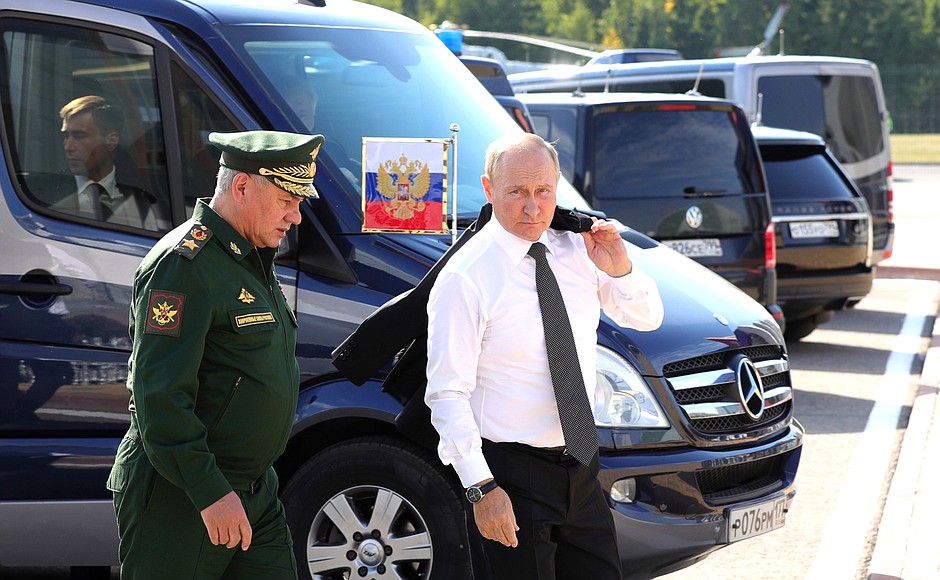 The president thanked weapons manufacturers for equipping Russian “Army and Navy with modern weapons that are now working for our victory and the technological and industrial advance of our entire country, the whole of Russia.”

Emphasising on the importance of comprehensive military-technical cooperation in the “emerging multipolar world”, Russian president said, “We highly value the existence of many allies, partners and likeminded people on different continents. These are states that do not bow to the so-called hegemon.”

Speaking on the leadership of allies and partner nations, Putin said, “They want to resolve all global and regional security issues collectively on the basis of international law, mutual responsibility and consideration of each other’s interests, thereby contributing to the defence of the multipolar world.”

Discussing the opportunity to understand the cutting edge of military science, president said, “the forum gives foreign military experts a good opportunity to learn about the development in the Russian defence industry of such areas as the use of artificial intelligence, modern information and radio-electronic technology and the implementation of the latest achievements.”

On the technology and equipments on display at the show, he said, “Future-oriented advanced models and systems that will shape “tomorrow” of our Armed Forces are of special interest. We are talking about high-precision weapons and robotics, combat systems based on new physical principles. Many of them are years, perhaps even decades ahead of their foreign counterparts, and significantly superior in terms of tactical and technical characteristics.”

Speaking on the technical cooperation with allies of SCO and CSTO, he expressed Russia’s intent “to actively develop cooperation ties to create new models of weapons and equipment and work together on fair, equal terms.”

On the International Army Games, held simultaneously, the president said, “(it) will be an excellent platform to show your professional skills. This time more than 6,000 soldiers and officers from 37 countries around the world will take part.”

This seven day forum had over 350 military equipments and weapons on static display over 65000 sqm of indoor area. There were 120 official delegations along with 41 high ranking delegations. 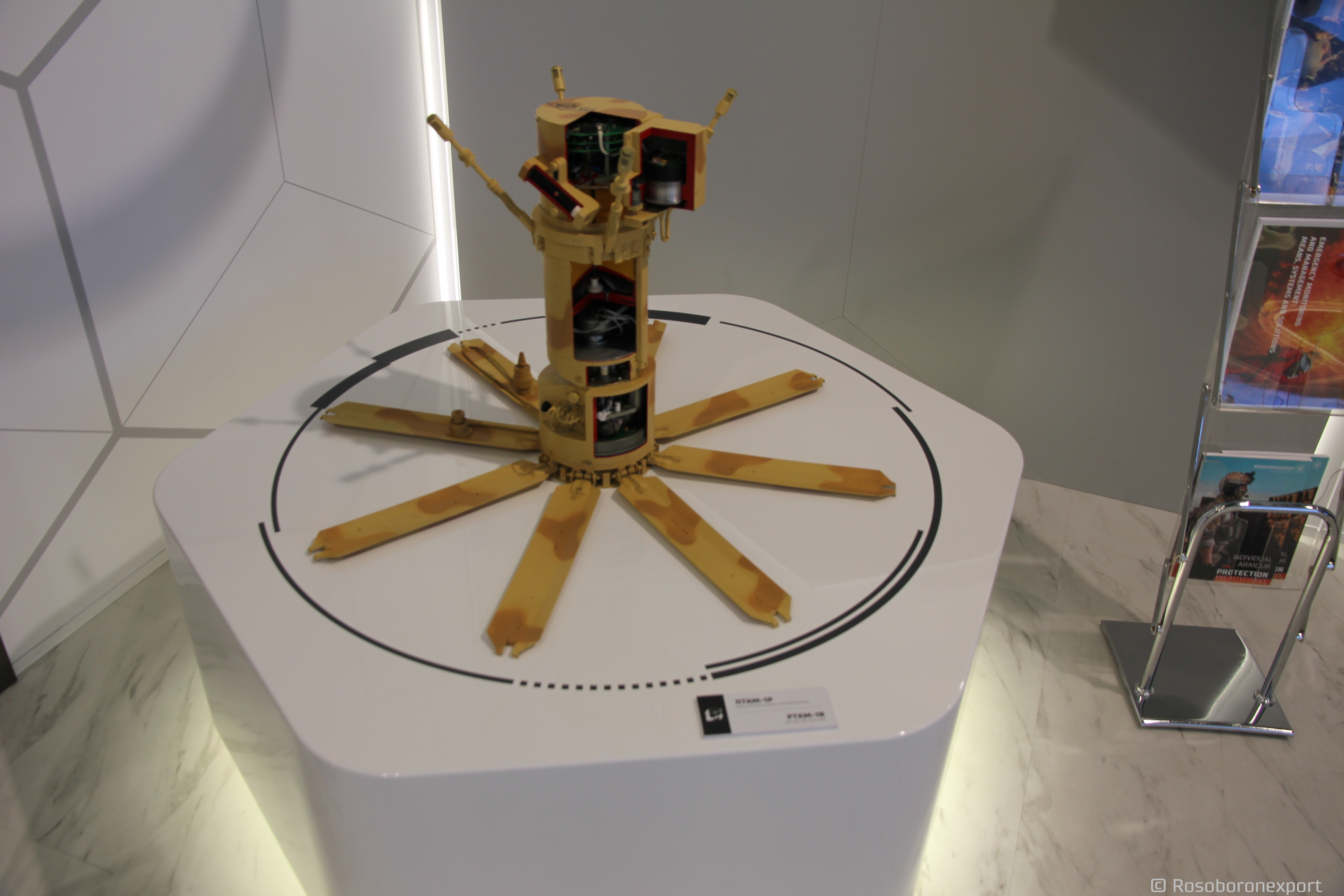 The United Aircraft Corporation presented both at the UAC Demo Center at the main exhibition and at the Kubinka airfield where current and vintage aircrafts were at display. The highlight of air platforms on display were the Su-57 fifth-generation fighters and Mig-31 armed with Kinzal hypersonic missile.

Rosoboronexport conducted a live demonstration of Russian armored vehicles and air defense systems at the Alabino Training Ground according to a scenario developed by the company jointly with the Ministry of Defense of the Russian Federation. Nineteen pieces of equipment, including the BMD-4M airborne assault vehicle, K-17 Boomerang IFV and the BTR-82AT APC, demonstrated their running and firing capabilities in nine tactical episodes. The highlight of the demonstration was the S-300 and Iskander Missile systems which displayed the preparation for the firing including erection of missiles for firing.

On August 17, in Moscow, Secretary of the Security Council of the Russian Federation Nikolai Patrushev held talks with National Security Advisor to the Prime Minister of India Ajit Doval.

A wide range of issues of bilateral cooperation in the area of security, as well as topical problems on the regional and international agenda were discussed.

The Sides agreed to continue the dialogue between the two countries' Security Councils, having emphasized the progressive development of the Russian-Indian special and privileged strategic partnership.

The parties discussed the development of trade and economic ties and current issues related to cooperation in other spheres of mutual interest, including the peaceful use of outer space. “I think it is important to use the mechanism of the Intergovernmental Commission to the maximum degree in order to strengthen bilateral collaboration across the board,” Denis Manturov stressed.

He also congratulated the Indian partners on the 75th anniversary of India’s independence.

During the business program of the  Forum, Rosoboronexport JSC (part of Rostec State Corporation) received more than 70 delegations from 50 countries and presented more than 200 products from Russian defense companies in 6 exhibit areas. The total area of the Rosoboronexport’s exhibit display was about 1,700 square meters.

"In 2022, Rosoboronexport has organized a rich business program on the sidelines of the Army Forum. We held more than 70 negotiations, during which we discussed various military-technical issues with representatives of 30 partner countries. We concluded several export contracts and also laid the groundwork for contracts worth more than $14.5 billion," said Alexander Mikheev, Director General of Rosoboronexport. “The company made presentations of about 350 Russian products to the delegations of partners who came to the forum. They showed particular interest in the Su-57E fifth-generation fighter, T-14 Armata tank, Ka-52E attack helicopter, Tor-E2 SAM system, Kornet-E ATGM system, and the K-17 Boomerang wheeled infantry fighting vehicle.

At Army 2022, Rosoboronexport also signed joint programs with leading Russian defense companies to promote their products and services in the external market as well as a cooperation agreement with VTB Bank.

Rosoboronexport took part in the X Moscow Conference on International Security, as well as in the work of intergovernmental commissions with 5 partner countries of the company.

Rosoboronexport was awarded the Main Prize of the VIII Army 2022 International Military and Technical Forum by the Ministry of Defense of the Russian Federation for its great contribution to the development of the Forum.

On August 16,  Rosoboronexport JSC and Uralvagonzavod Concern JSC signed a joint action program to promote products and services abroad in 2022 through 2025.

The program is aimed at coordinating the marketing efforts by both companies in external markets to promote modern Russian armored vehicles, missile, rocket and artillery weapons and interact with foreign customers on modernization and maintenance of the earlier supplied weaponry and military equipment.

"Rosoboronexport has exported 200+ tanks manufactured by Uralvagonzavod Concern over the last 5 years. Today, Rosoboronexport's order book includes the Concern’s products worth about 50 billion rubles," said Alexander Mikheev, Rosoboronexport Director General. “In close cooperation with the world's largest manufacturer of Russian armored vehicles, we hope to promote new products in the external market which will take the lead in their segments. Our partners in the Middle East, Africa, Asia-Pacific region, and the former Soviet states are interested in Uralvagonzavod's products.

On August 17, Rosoboronexport (part of Rostec State Corporation) and Marine Instrumentation Corporation signed a joint action program to promote naval equipment in the external market in 2022-2027.

The program provides for the promotion of the latest electronic warfare systems, automated control systems and navigation aids for equipping surface ships and submarines of foreign customers, as well as coastal defense missile and surveillance systems.

"Following the key trend in the global arms market, we have placed special emphasis in the program on the expansion of industrial cooperation. Under the signed program, Rosoboronexport will offer its foreign partners solutions for adapting Russian equipment to naval platforms being upgraded and built at national shipyards. In addition, we will promote various formats of joint development and manufacture of naval weapons based on the latest Russian pieces of armament," said Alexander Mikheev, Director General of Rosoboronexport.

In addition, Rosoboronexport and Marine Instrumentation Corporation will offer foreign customers joint R&D projects on a wide range of subjects, the establishment of joint ventures and licensed production.

On August 18,  Rosoboronexport signed a cooperation agreement with VTB Bank at the Army 2022 International Military and Technical Forum.

The agreement provides for the establishment of a strategic partnership and the development of long-term, effective and mutually beneficial cooperation between the Russian special exporter and the bank in financial and investment areas.

"Rosoboronexport and VTB Bank have a longstanding close cooperation. After the beginning of the sanctions pressure on our country, VTB has been and continues to be a reliable financial partner of the company, whose professionalism and competence in providing settlements are unquestionable," said Rosoboronexport Director General Alexander Mikheev. “At Army 2022 we signed a cooperation agreement with VTB under which we plan to continue our partnership on mutually beneficial terms.

Today, Rosoboronexport is conducting extensive and coordinated work to adapt the system of military-technical cooperation between Russia and foreign countries to new conditions.

"It is extremely important for us to build new production, logistics and trade chains, while adapting our tools and capabilities to a changed operating environment to minimize the negative effect of attempts by unfriendly countries to implement a technology blockade of Russia," Alexander Mikheev added.

On August 18, 2022,  Alexander Mikheev, Director General of Rosoboronexport (part of Rostec State Corporation) and Deputy Chairman of the Russian Engineering Union (REU), chaired a meeting of the REU’s Committee for the Development of Foreign Trade Activities in relation to Military Products, which he heads.

In 2022, there have been significant changes in the legal regulation of military-technical cooperation, in the elaboration of which Rosoboronexport participated. Procedures related to the delivery of military products have been optimized, resulting in a shorter time for processing requests from foreign customers. In addition, new legal institutions in the field of military-technical cooperation have been introduced to improve the comprehensive servicing of delivered products.

The Army Forum is a traditional platform for meetings of specialists in military law engaged in research activities. Rosoboronexport also took part in the III International Scientific and Technical Conference "Military Law in the System of National Security" held during Army 2022 with the report "Changes in the legal regulation of military-technical cooperation between the Russian Federation and foreign states, the establishment of new legal institutions".