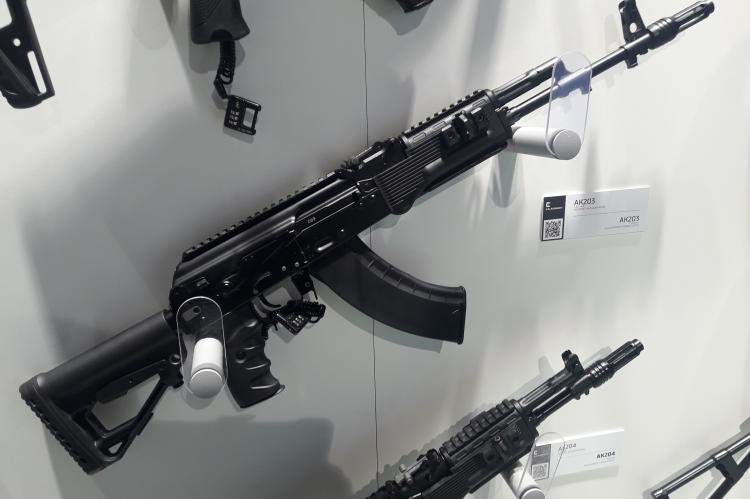 The wait for the execution of the much-awaited Indo-Russian joint-venture production of the AK-203 assault rifle is about to end. The two sides have ironed out the details and have finalised the terms and conditions. The contract is ready for signature.

According to sources, the contract is just awaiting signature from the Indian side. “Russian partners are ready to start work on the supply of equipment, training of Indian specialists and commissioning at the factory in Amethi immediately after the conclusion of the contract,” sources informed.

The partnership was between Indian Ordnance Factory Board (now defunct) and Russian Kalashnikov Concern, which will manufacture around 7.5 lakh rifles which will go on to replace the INSAS rifle, the current standard issue to Indian soldiers. These guns are also expected to equip other Indian forces.

India Ordnance Factory Board (OFB) owns 50.5 per cent of shares. The rest are owned by Kalashnikov Concern and Rosoboronexport.

On August 15, India dismantled OFB into seven new defence manufacturing entities. The corporatisation of OFB is expected not to have any impact on the project.

The joint venture, as part of the UP defence corridor, is expected to give a boost to the corridor and self–reliance in defence.

According to the Inter-Governmental Agreement (IGA), Russia will provide technology, manufacturing know-how and special materials. The IGA allows the JV to export the guns to any third country as well.

The two sides have aimed at 100 per cent localization within the first two years of the project. Through the JV, two sides are looking at deeper cooperation, beyond just Transfer of Technology, including material based co-manufacturing, product development and upgrade.

India is expected to import 70,000 rifles from Russian and the rest are going to be manufactured in Amethi. One of the main contentions between the two sides was price and royalty. Reportedly, Russia has waived royalty. The price of guns is expected to be around USD 1000.

The AK203 project is historically unique since India will manufacture the Kalashnikov rifles independently, with the use of the spares and materials sourced from local manufacturers. Localization will start from the very early stages, and the Russian stakeholders of the joint venture have to ensure 100 per cent technology transfer.

The deal will ensure ‘atmanirbharta’ (self-reliance) in assault rifles for India.