Rafael is deeply committed to India 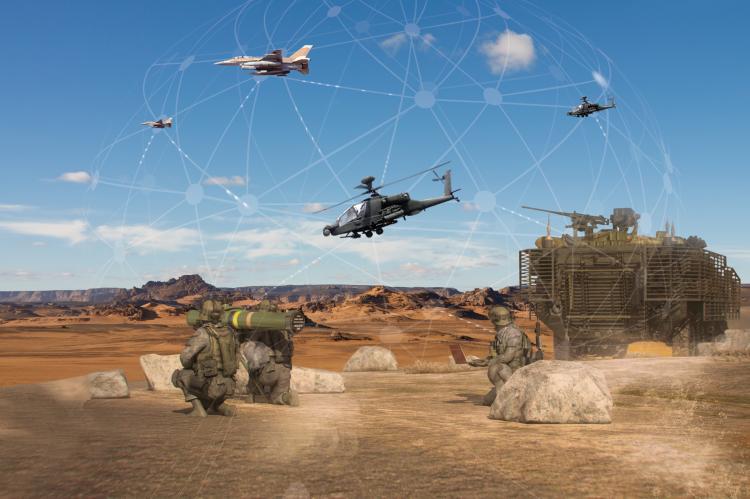 Rafael is deeply committed to India and is sending a significant delegation to Aero India 2021 which is taking place in Bengaluru, Karnataka, from 3-5 February 2021.

Rafael has demonstrated its ability to respond quickly and effectively to emerging needs, without making any quality compromises, as a result of its flexibility, its ability to make swift adjustments, and due to its vast experience in customer requirement analysis and tailor-made solutions.

Among its wide variety of solutions, at Aero India 2021, Rafael will showcase the following systems and capabilities:

Turning the weapon systems officer (WSO), into an intelligence and decision-making officer:

Rafael's air warfare systems are among the best in the world, stand-alone, or in combination, as an integrated suite that acts as part of a net-centric array that once installed on any platform, gives it advanced, 4.5 generation capabilities.

Its airborne missile systems include long range active-radar as well as full-sphere IIR air-to-air missiles for short-to-beyond visual range threats (Derby MkIII & Python-5). Its array of air-to-surface missiles (SPICE 250, 1000 & 2000) includes stand-off weapons and precision-guided ammunition kits for use against high-value ground targets, and ROCKS - a new generation extended stand-off range air to-surface missile designed for pin-point accuracy strike of high-value targets in a GPS-denied arena. Rafael's electro-optic targeting and navigation pod (Litening) is the most widely used pod in the world and its unique airborne reconnaissance pod (Reccelite) is known for its ability to shorten the sensor-to-shooter cycle. Rafael's airborne communication systems include the BNET SDR for full connectivity on all levels. Rafael also offers an advanced airborne electronic warfare set of solution.

Rafael  offers  a  full  range  of  multi-layered  air defence to  meet  the  imperative demand for  air  superiority  and  effective  defense. Its multi-layered, mixed weapon systems, ensure decisive, efficient responses against all types of airborne threats including aircraft, helicopters, short to long-range missiles, and rockets. Rafael’s multi-layered protection systems provide comprehensive protection for armed forces and population centers by delivering victory in the air and full protection on the ground.

Rafael's BNET SDR is a unique radio and network architecture that enables future digitized warfare by delivering ultra-wideband, low delay, data integrity and availability for reliable information interchange capabilities. BNET allows natural continuation of fighting since all forces are connected as they proceed to their new missions and objectives without the need to push forward relay equipment. All BNET radios share the same architecture and same baseband waveform implementation in different form factors and all radios of land, sea, and air units participate in one scalable MANET network.

Spike - a family of missiles

With sales of well over 34,000 missiles, Spike is in use by 35 nations, including India. Spike is an advanced 5th generation electro-optically-guided missile system family that has accumulated  a substantial track record of target engagements including tanks, air defence targets, armored vehicles, soft vehicles, marine vessels and structural targets.  More than 6000 Spike missiles have been fired in training and combat, and more than 45 different platforms have been integrated, including vehicles, helicopters (more than 10 different types) and marine boats.

Also present at the show will be two of Rafael's subsidiaries - CONTROP, who specializes in the development and production of Electro-Optical and Precision Motion Control Systems for Defense, Para-Military and Homeland Security (HLS) applications, providing some of the most innovative solutions for surveillance and reconnaissance activities used in the world today.