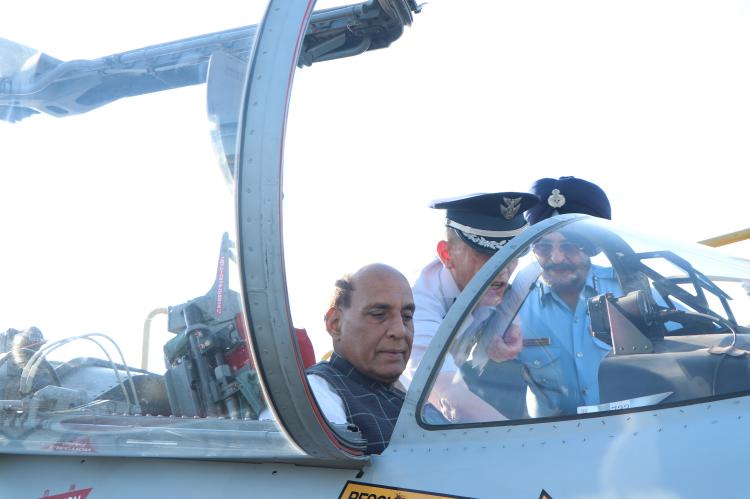 2.        The Ministers recalled that Prime Ministers of Japan and India in their Vision Statement in October 2018 reiterated their unwavering commitment to working together towards a free and open Indo-Pacific. The two Prime Ministers had also expressed their satisfaction at the progress made in fostering defence cooperation for shared security, and reaffirmed their desire to further deepen the strategic and defence cooperation between Japan and India.

3.        In this context, the Ministers affirmed their intention to hold the first Foreign and Defence Ministerial Dialogue (2+2) ahead of the Japan-India Annual Summit this year for advancing cooperation towards peace and prosperity of the Indo-Pacific region.

4.        The Ministers welcomed that negotiations on the Acquisition and Cross-Servicing Agreement (ACSA) have shown progress since the announcement of the commencement of negotiations in the Summit Meeting in October last year.

6.        The Ministers welcomed the steady progress in bilateral cooperation in the area of Maritime Domain Awareness (MDA) based on the Implementing Arrangement for Deeper Cooperation between the Japan Maritime Self-Defense Force (JMSDF) and the Indian Navy signed last year.

7.        The Ministers welcomed the regular interactions at all levels of their two defence authorities including that bilateral exercises have been conducted between all components by the end of last year, underlined their intention to seek more concrete cooperation among all components, and shared the views to promote cooperation and exchanges in the following areas:

(1)       Exchanges between the Japan Ground Self-Defense Force (JGSDF) and the Indian Army.

The Ministers further shared their intention that JMSDF and Indian Navy will make efforts towards participating in multilateral exercises including participation as observers.

The Ministers welcomed that ‘SHINYUU MAITRI 18’, the first bilateral exercise between the air components, was held in December 2018, and the coordination for the second round of the exercise has been smoothly proceeding. The Ministers also welcomed the first participation of the JASDF in the India-U.S. bilateral exercise “Cope India” as observers in December. They further underlined the importance of increasing the scope and depth of the Air Force to Air Force engagements including fighter aircraft cooperation.

The Ministers welcomed the regular exchange of students between the defence educational and research institutions of the two countries, including the National Institute of Defence Studies and the JSDF Staff Colleges of Japan, and the National Defence College and the Defence Services Staff College of India. They also shared their view to continue such exchanges.

(6)       Cooperation in Defence Equipment and Technology

The Ministers reaffirmed that strengthening cooperation in the area of defence equipment and technology is essential for further accelerating the cooperation between Japan and India. In this regard, the Ministers welcomed that high-level exchanges between the Acquisition, Technology and Logistics Agency (ATLA) and the Department of Defence Production (DDP) have been actively held including the visit of the Secretary of Defence Production to Japan in November 2018 and the visit of the Commissioner of ATLA to India in February 2019, and shared their view to accelerate the working-level efforts to hold the Fifth Joint Working Group on Defence Equipment and Technology Cooperation (JWG-DETC) as early as possible in this year. The Ministers highly appreciated that the Aero India 2019 and the Second Japan-India Defence Industry Forum were held successfully in Bengaluru in February 2019, and mutual understanding between defence industries of Japan and India has been promoted. The Ministers reaffirmed their intention to deepen discussion between the ATLA and the DDP on measures to promote active entry of Japanese defence industry into the market of Indian defence industry which has large potential in general as also in the newly established Defence Corridors in India, and noted the importance of interaction between defence industry associations of Japan and India. Invitation for the Japanese delegation to attend the DEFEXPO-2020 in India was also extended.