Russia exports over $6 billion worth of military aircraft in 2018 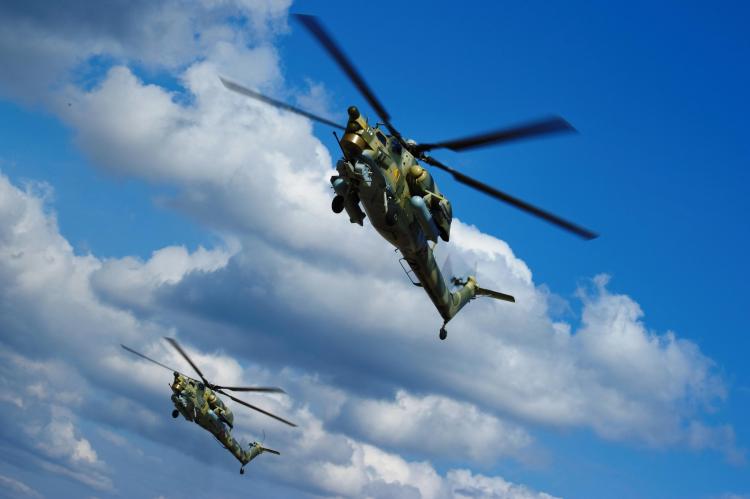 Rosoboronexport (part of the Rostec State Corporation) is the organizer of the single Russian display at the International Paris Air Show 2019, which will be held at the Le Bourget Parc des Expositions from 17 to 23 June.

“Military aircraft and helicopters have traditionally taken the lead among the products supplied by Rosoboronexport to the world market. In 2018, we exported combat aircraft, helicopters, UAVs, engines and equipment for the Air Force worth over $6 billion. These days, we’ll be presenting information about Russian equipment and weapons at the oldest and one of the largest international air shows in the world. We expect a lot of attention from delegations from all over the world: hardly anyone else can showcase so many products that have been tested in real combat conditions,” said Alexander Mikheev, Director General of Rosoboronexport.

In addition to Rosoboronexport, the United Aircraft Corporation (UAC), Russian Helicopters and the United Engine Corporation (UEC), ranked among the world’s largest manufacturers of aircraft equipment, helicopters and engines, are taking part in the Russian display at the Paris Air Show 2019.  Here, foreign customers will be able to get acquainted with a total of almost 250 models of weapons and military equipment developed and produced in Russia.

Russia’s Orion-E, Orlan-10E and Tachyon unmanned aerial systems, electronic warfare systems like the Repellent for countering small-sized UAVs and the Pole-21E ECM system’s jamming modules for protecting ground installations from attacks by smart weapons, air defense systems such as the S-400 Triumph ADMS, the Viking and Tor-M2E SAM systems, Pantsir SPAAGM, and Igla-S and Verba MANPADS are expected to evoke interest in France.

“During the Paris Air Show 2019, Rosoboronexport will hold meetings and negotiations with partners from around the world. Unfortunately, due to unfair competition with respect to Russian weapons, we will not be able to please Le Bourget’s guests with bright performances by our stunt pilots and full-scale military hardware items. But we’ll invite all connoisseurs of the highest quality equipment and masterful performance of aerobatic programs to the MAKS Air Show in Zhukovsky, near Moscow, which will be held in August this year,” added Alexander Mikheev.