Signalling its continued intent to collaborate with Indian industry in the country’s requirements for futuristic defence systems and develop technology and platforms for India, BAE

On the stand will be: information on BAE Systems’ participation in Team Tempest, the UK’s technology development programme being delivered by the Royal Air Force and industry partners to ensure a future international combat air system is at the very forefront of combat air capability. Team Tempest brings together the UK’s world leading industry and sovereign capabilities across future combat air’s four key technology areas: combat air systems and integration; power and propulsion systems; sensors, electronics and avionics; and weapon systems. Team Tempest was first revealed at the 2018 Farnborough International Air Show in July last year.

Also featured on the Stand will be the Eurofighter Typhoon; advanced electronic systems (APKWS© laser-guided rocket); augmented reality technology (Striker® II head-mounted display (HMD); and the Make-in-India Hawk132, of which 123 are in service with the Indian Air Force and the Indian Navy.

The Show follows shortly after the Company has marked several delivery milestones in the U.S. Government’s sale of 145 M777 Ultra Lightweight Howitzers (ULH) to the Indian Army. Most recently, the M777 ULH was inducted into the Indian Army, and consequently made its debut at the Republic Day Parade. Earlier in 2018, the Company delivered the first spares and other logistics including tooling, technical publications and training materials, to support the Indian Army as it brings the new M777 ULHs into service.  BAE Systems is building and delivering the first 25 M777 ULHs fully assembled, and then to promote local economic growth in India, the remaining 120 systems will be assembled in India by Mahindra Defence Systems Ltd. (MDSL) under an arrangement designed to support defence industrial cooperation.

Leading the Company’s participation at the Show will be Dave Armstrong, Group Business Development Director, and Nik Khanna, India, Managing Director. Attending the Show will be Military Advisor, Air Chief Marshal Sir Andrew Pulford, amongst others.

Dave Armstrong, Group Business Development Director, said "Aero India is an important event on our international calendar, providing an excellent platform to engage with customers, partners, suppliers, and other key stakeholders, in this strategic market. With these future-focused displays, our emphasis at the Show will be to explore opportunities to collaborate with the entire breadth of our Indian partner spectrum, including the MSME sector.”

Nik Khanna, Managing Director, India, commented "We are unveiling some of our finest future-tech solutions to the Indian Armed Forces at Aero India this year. The Show serves as a fertile ground for us to expand our efforts in expanding MSMEs into our global supply chain ecosystem whilst engaging with our key stakeholders, providing both direction and momentum in our plans. Developing an in-country supply chain is key to our India commitment and we are delighted to see this being galvanised through the commencement of the Make-in-India M777 programme.”

With India as the largest operator of the Hawk advanced jet trainer with 123 aircraft ordered to date by the Indian Air Force (106) and the Indian Navy (17), the Make-in-India Hawk will find position of pride on the Stand, alongside Eurofighter Typhoon, the world's most advanced new generation multi-role/swing-role combat aircraft available in the market. In December 2017, Qatar became the ninth export customer to choose the Typhoon.

Also on display will be the APKWS laser-guided rocket, a highly cost-effective solution that turns a standard unguided 2.75-inch (70 millimetre) rocket into a precision laser-guided munition, giving warfighters a surgical strike capability. The APKWS rocket has been successfully demonstrated on more than a dozen fixed- and rotary-wing platforms, including the F-16, the Bell 407, and AH-64 Apache. Another spotlight will be BAE Systems’ full-colour Striker II HMD, which is platform-agnostic and completely digital. The HMD provides today’s combat pilots with remarkable situational awareness, night vision, target tracking and advanced audio technology — all in one visor-projected system. The Show will also see the presence of the small and compact LiteHUD®head-up display, offering space and weight advantages paired with the latest digital display technology, revolutionary waveguide optics and highly reliable electronics.

The Show will also witness BAE Systems’ expertise in the design and development capabilities of hard body armor solutions with Body Armour Vest and Body Armour Plate. Also marking its debut at the Show will be Advanced Combat Helmet. 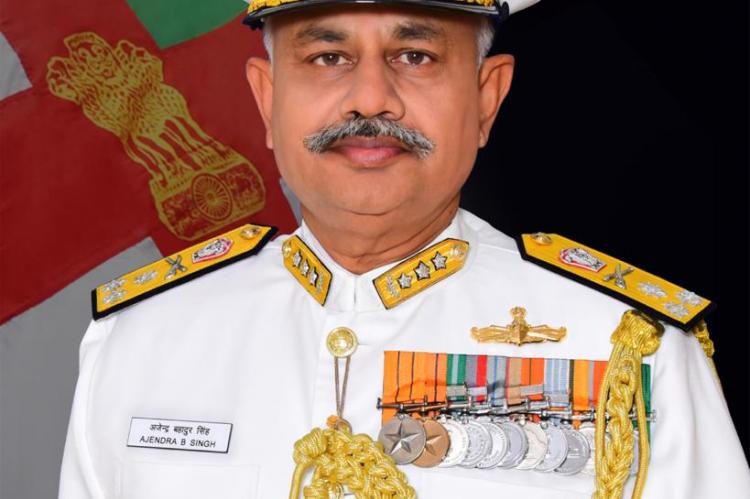