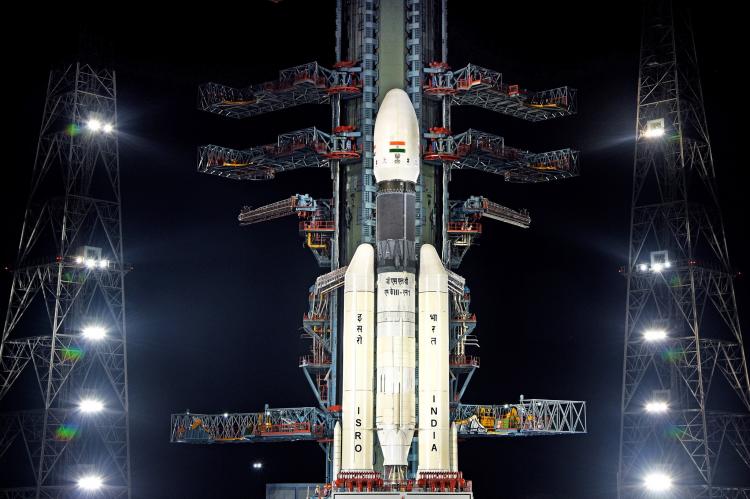 Godrej Aerospace, a business of Godrej & Boyce, today announced that they played a critical role in ISRO’s most complex mission so far – the launch of Chandrayaan-2. India's second lunar exploration mission, the Chandrayaan-2, was launched using the Geosynchronous Satellite Launch Vehicle Mk III (GSLV Mk III) from Sriharikota and is expected to land near the Moon’s South Pole, an uncharted territory, in the first week of September 2019.

The mission contains three components, Orbiter, Lander and Rover, and the total composite module weighs 3.8 tonnes, approximately as heavy as the weight of 17 male Royal Bengal Tigers. Chandrayaan-2 is the first space mission to conduct a soft landing on the Moon’s South Polar Region, the technology for which is completely indigenous and no other country in the world has attempted this so far. Godrej’s contribution to the mission includes critical equipment such as L110 engine and CE20 engine for the launcher GSLV Mk III, thrusters for the Orbiter and Lander, and components for the DSN antenna.

On this occasion, K Sivan, Chairman, ISRO said, “GSLV Mk III has successfully injected Chandrayaan-2 to carry out the scientific experiments and explore the unexplored. The entire credit of the successful launch goes to ISRO team who have worked hard to make this mission successful. We would like to congratulate entire ISRO team, quality team and industries who have contributed in this mammoth task”.

Commenting on this achievement, Jamshyd Godrej, Chairman and Managing Director, Godrej & Boyce said, “We would like to congratulate ISRO and all the teams that were involved for the successful launch of Chandrayaan-2.

I am especially very happy to note that all the stages of the rocket are designed and manufactured in India. We at Godrej & Boyce are proud to have contributed to ISRO’s most complex mission so far. Our partnership with ISRO spans many decades and we look forward to a continued partnership for many more decades to come.”

SM Vaidya, Executive Vice President and Business Head, Godrej Aerospace said, “We are honored to be associated with India's second lunar exploration mission. Special congratulations to ISRO for development of upper cryogenic stage with completely indigenized technology. This is an important moment for India and Godrej Aerospace is proud to be contributing to the nation’s moment of glory and its progress towards self-reliance in space technology.”

The name Godrej, which is so synonymous to our day-to-day household essentials, is scaling new heights with some ground breaking achievements in the field of science and technology.

Godrej Aerospace has been associated with ISRO since 1985, working with them on complex systems such as liquid propulsion engines for the PSLV and GSLV rockets, thrusters for satellites and antenna systems. The company was also an integral part of the prestigious Chandrayaan 1 (2008) and Mangalyaan missions (2014).