Covid-19  is causing a humanitarian crisis of epic proportions and is roiling people worldwide. As per reports the peak of this pandemic seems to be still ahead. Its outcomes might be even more disastrous than what we have seen so far. The world is on the cusp of change notwithstanding the human misery trail the virus leaves behind.

Everyone is predicting a contraction of the global economy and evidence suggests that it will be so. However, along with the economic and humanitarian upheaval, there will be geopolitical changes and realignments. In fact the process has already begun. I am going to throw my spotlight on a few issues which are very evident and relevant to India.

Turning inwards, I must say that we, in India, are gamely fighting the Covid-19 scourge. India seems to be ahead of the curve at this point of time. The steps taken by the government are praiseworthy. It is too premature to predict if India will escape the brunt of the virus.

However, based on available inputs, I will put my foot in the mouth and say that India will remain ahead even if events take a turn for the worse. As our PM has said – ‘Prepare but do not panic’. They also say that well prepared is half done. The mood in the media, social media and in public places seems to be one of determined optimism borne out of preparation. Having prepared for it, let’s brace for the impact.

As we are bracing for the impact, we should also start preparing for the geopolitical changes which will occur. What will be the manifestation of this change and what does it portend for us?

Undoubtedly, China has been the epicentre of this virus which started around mid-November and has been most affected by it so far. The peak seems to have passed in China. However, it’s after effects are going to be felt for long. The adverse economic impact on China seems to be predictable- its GDP will go down, it won’t be able to meet the targets of its trade deal with the USA, its business will be disrupted, and its recovery will be slow. However, the Chinese Government being what it is will pull out all stops to rebound once the situation stabilizes. The question is – will it be able to recover the lost ground?

Covid19 is the second major epidemic to originate from China. The first being SARS. Is China the epidemic centre of the world? That is a branding China will find hard to shake off. From media reports, it appears that China has not been totally transparent in its disclosures regarding the epidemic. This is borne out by the fact that WHO has not been included in the investigations of the outbreak. So the veracity of the final report – a purely Chinese one - will be a suspect.  A whitewash is possible.

The true story and numbers will never come out. Its internal and domestic actions have also not been transparent. Stories of Chinese action and response to its own citizens and foreigners have been draconian.

Moreover, it has taken steps to delay people being evacuated from its shores when it was being felt internationally that China was not doing enough for foreigners. All this points towards one basic fact – ‘Lack of trust’.

If I did not trust China earlier, I will trust it even less now. Let me put it another way.

China has not been able to generate international trust in this episode and this will lead to ‘loss of face’. It also indicates that China does not know how to lead the world. This sentiment is reflected in the fact that international players are already talking of China Plus1 in sourcing, manufacturing and supply chains irrespective of the costs.

This kind of hedging will be permanent.

In turn it means a long-term effect on China. Who will buy Chinese goods, even if their manufacturing is up and running?

The pandemic will end up in a global recession that will dampen demand for Chinese goods. What about Border and Road Initiative (BRI)? That mega project will take a mega knock. Make no mistake. The knock will be both economic and strategic. Most importantly, there is a good chance of political fallout in China.  It cannot be business as usual for China after this. It might continue to be the second largest economy; however, will it be the same China which has been aggressively trying to push USA off the perch. Ask yourself another question. If a similar incident happened in the USA would countries have lined up to evacuate people from there? The road ahead for China seems long, hard and uphill. Prepare for that change.

The Virus has just started spiking in Pakistan. Porous borders with a divided and troubled Afghanistan which has no choice or ability to combat the virus and a badly affected Iran bodes ill for Pakistan. My guesstimate is that reality will dawn on Pakistan in a week or so. Till then it can continue to talk of Kashmir even in this crisis.

After that it might envy Kashmir which might be better off. Given the population density and unplanned urbanization in the nation, the portents are grim. An underprepared and bankrupt Pakistan will be in big trouble if the virus starts multiplying as indications are coming in. Add rampant inflation, imminent food shortages and lack of capacity aided and abetted by endemic corruption – the mix is heady.

In a couple of weeks from now Pakistan could be one of the worst cases, unless the oncoming summer heat saves it.  The real turmoil will begin once the virus recedes. Its overdependence on China will weigh heavily on its people. Drop in oil prices will give temporary economic relief only. Reason being the Gulf economies, with reduced revenues, might not be able to subsidize it anymore. Overall the oil shock will be disastrous.

USA will not come to the rescue given the turmoil it will itself now go through. As per Pakistani thinkers the virus is expected to cause supply chain disruptions, amplify the rampant inflation, suppress consumer and business confidence, rattle the fragile economy and drag the low GDP growth rate further down. In the process, food shortages and joblessness are expected to kick in big time. We should be prepared for the worst from our worthy neighbour. Will the deep state once again emerge from the shadows?

The other SAARC countries less Pakistan do not seem to have been affected adversely by the virus yet. However, they face the problem that they do not have the capacities to combat the virus if it takes root in their countries. War ravaged Afghanistan is the most vulnerable in this regard and will need a lot of aid and assistance very shortly. In my estimate the next most vulnerable country will be Sri Lanka. The PMs video conferencing call to all heads of SAARC countries to chalk out a joint strategy to fight the outbreak is timely and significant. Setting up a fund for fighting the virus with an initial commitment of $10mn is notable and laudable. The fact that India has reached out to its neighbors on priority and will stand by it is very pertinent. In due course all these countries will realize that their destinies and those of their people are more tied up with that of India in most manners rather than far off China, which can only debt trap them and leave them to their fate when the time comes.

India is seeing a steady increase in cases by the day. Equally it is also seeing recoveries. Most importantly fatalities are few and it is hoped that it stays that way. The Governments at all levels are cognizant of the dangers of the virus and are taking steps to soften the blow. There will be criticism of the way the whole issue is being handled. However, considering that ours is a complex country, we are going about it quite well under the circumstances.

What is apparent is there is a plan, there is thoughtful debate, there is criticism and there are commensurate results so far based on some definite action. India has almost self-quarantined itself by imposing timely bans. It has airlifted its citizens from affected areas without a second thought. Something which all Indians need to be proud of.

We will take our hit. Make no mistake on that. Our economy will be dragged down. So will that of others. However in a relative sense, we might end up being better off. When the RBI does not announce a rate cut it is criticized. Equally when the US Fed announces a rate cut it is taken over coals as a panic reaction. Hence that issue is best left at that.

Most importantly India has provided leadership to the international community in this crisis. Its outreach to SAARC and G20 nations has drawn international recognition. In due course, the centrality of India in the Indo-Pacific region will come through as a fallout. We are now in a state where everyone will look towards us.

Whether predicting that the situation will remain so is a foot in the mouth factor. However, I will risk it and say once again that we will remain ahead of the curve irrespective of how sharp it is. A fact that one must realize is that India is a disaster-prone country, ravaged by floods, accidents, cyclones, disease, poverty and N number of things. At a very primal level, we have the strength to go through these disasters very well. The inner strength of the nation and its people is far more than its economic or diplomatic or military strength. That strength is coming through. That makes me a proud Indian.

Very importantly, this episode gives us a chance to re-examine all those theories of ‘String of Pearls’, ‘Strategic encirclement’ ‘Sino-Pak collusion’ et al. At the end of this, the pandemic will open avenues to recalibrate many equations. The equations will not disappear; they will just change. We need to be cognizant of that.

The most important issue that we need to now ensure now is that the ‘China Plus1’ formulation being propagated is transformed into a ‘China Plus India’ formulation. The opportunity will open in due course. Of that, I am confident. We need to grasp the moment. For that to happen we need to shed the prickliness of CAA-NRC-NPR combine.

This episode gives us an opportunity to put that on the back burner and think through it with the wisdom of time. Its reincarnation should be an acceptable potion for all hues of our society.

After this episode, the world would have realized that everything from undergarments to top hat need not be cheap and mass made in China lest we end up with another episode of another costly virus in future. That is the major geo-political lesson of this episode. The biggest learning to me is not that India is a great economy or a great military power or a great political power, but it is power beyond that.  That is coming through. Jai Hind.

Reproduced with permission from https://palepurshankar.blogspot.com/ 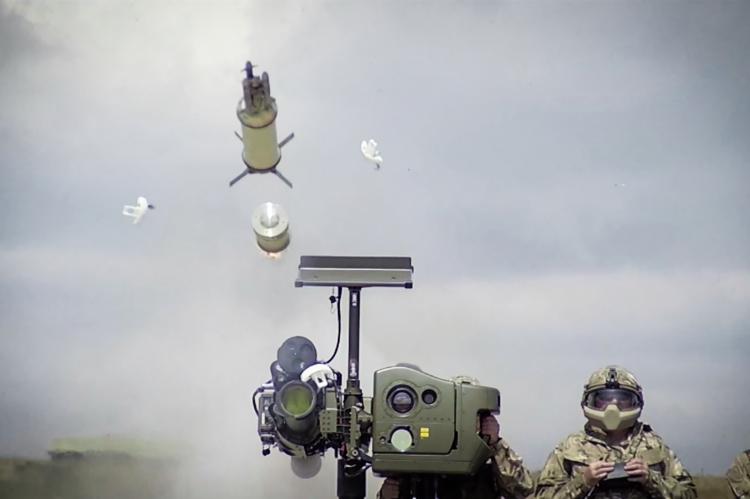 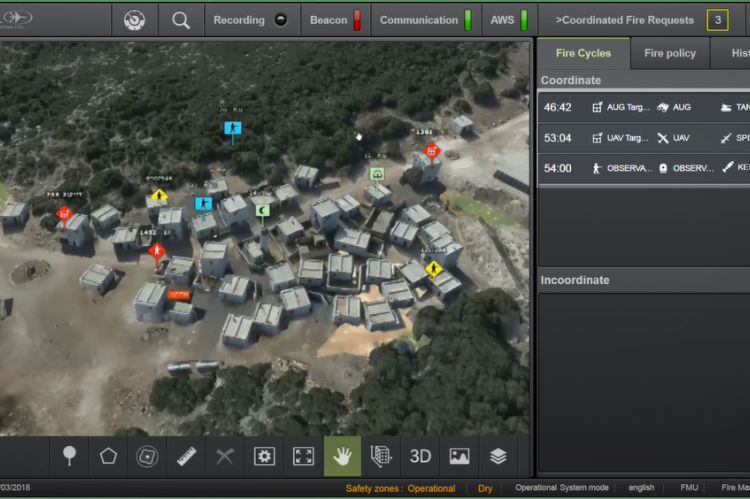