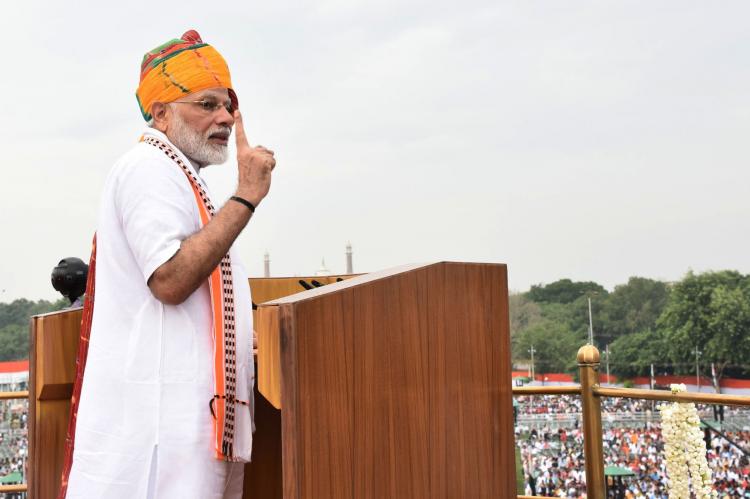 A sudden increase in terrorist activities in the Indian state of Jammu & Kashmir during the preceding few weeks forced everyone to take note of the situation. Loss of five soldiers of elite Special Forces in early April followed by loss of a Commanding Officer along with another officer, two soldiers and a police officer in another terrorism-related incident did sound alarm bells.

The overall situation in the state had been stable for nearly the last one year due to two major reasons.

Pulwama Attack and After

The terror attack on a convoy of Central Reserve Police Force (CRPF) one year back, claimed by Pakistan based Jaesh-e-Mohammad changed the broad perception as to how the Indian establishment would deal with continued attacks on its entities that had gone on for close to three decades without any punitive action on the main perpetrators, the Pakistani state machinery.

Pakistan having built built a narrative of the situation in J & K as being ‘indigenous’ continued to actively nurture numerous terrorist outfits to foment trouble in J&K and other parts of India with a conviction of inability of the Indian state to respond to its mischiefs, having built an impression to the global community that any Indian action would invite a riposte with an aura of invincibility built around its possession of nuclear weapons and the conflict turning into a ‘nuclear flashpoint’.

The Pakistani comfort zone was deflated when India successfully launched air attacks against terror camps inside Pakistan to send across a message that there was no more a ‘status quo’ and India would respond to any future misadventures with punitive actions.

In August 2019, India played a masterstroke to annul Article 370 and 35 A of the Indian Constitution in J&K taking Pakistan by surprising leaving it confused to come up with any coherent response. Pakistan did retch up a global offensive to criticise Indian actions, but with little success.

The stringent security measures adopted by Indian government post 5 August 2019 did improve the state of affairs in J&K with insurgency-related activities showing a discernable downward trend due to factors such as restrictions on the movement of people, squeeze on terror funding, apprehension of a large number of overground workers and restrictions on communications.

Pakistan’s internal political situation and the inability of the civilian government to provide governance has a direct impact on the situation in J&K, The PTI government led by Prime Minister Imran Khan, facing corruption charges relating to food supply involving members of his government, political bickering and religious leaders refusing to accede to its directions have provided an opportunity to Pakistan Army to set agenda of governance with current COAS, Gen Bajwa and ‘establishment’ led by him running the affairs of the country.

As per its own claims, Jammu and Kashmir is the ‘raison d'être’ for Pakistan Army’s existence and prominence in the state of affairs. To control the situation in J&K it uses its ‘non-state actors’; predominantly sourced from Lashkar-e-Taiba (LeT) and Jaish-e-Mohammed (JeM), nurtured over long periods of time as its extension and facilitates their infiltration after providing them training and weapons. Besides, it provides sanctuary and armed support to the indigenous terrorist group, Hizbul Mujahideen (HM). It tries to maintain the situation under threshold levels preventing it from escalating to a situation wherein India is forced to initiate major retaliatory strikes. By keeping situation volatile it is able to also advance its foreign policy goals to draw international attention to the persistent conflict situation along Line of Control (LOC) as a potential Nuclear Flashpoint.

Public opinion, unfortunately, sways very fast as any escalation in violence is viewed adversely, including inviting global attention. It matters little that the overall situation remains well in control of Indian security forces.

Indian security establishment faced with a sudden escalation in violence managed to regain control over the situation by launching successful operations against the terrorist outfits and their leaders. Swift elimination of local Hizbul Mujahiddin Commanders Riaz Naikoo followed by gunning down of Junaid Ashraf Sehrai and a few others bear testimony to their capability.

Escalating Claims over POK and Gilgit-Baltistan

Simultaneously, India has also launched a diplomatic offensive to reassert its claims over areas of Pakistan Occupied Kashmir (POK) and Gilgit-Baltistan, since, it holds that when the erstwhile Maharaja acceded to India in October 1947, the state of J&K included these parts and that these have been illegally in the occupation of Pakistan following the ceasefire in 1948.

India’s protests last week, immediately after Pakistan announced the signing of an agreement with China Power to construct Diamer-Bhasha dam in Gilgit-Baltistan is, therefore, a well thought out action plan to claim the project in a disputed area thereby inviting global attention.

Similarly, India by including a reference to POK and Gilgit-Baltistan in Indian Metrological Department’s daily weather update is a well thought out strategy to keep Indian claims over the whole of undivided Jammu and Kashmir alive.

Beyond the posturing and claims over POK and Gilgit-Baltistan, India would continue to face the dilemma of responding in strength.

So what are Indian options? Frankly, India has very limited options while dealing with the Pakistani intransigence. India over the last couple of years has tried to change the narrative by undertaking bold actions including surgical strikes on terrorist launch pads to send across a message of responding in kind to any misadventure. However, that seems to have had a short-lived impact on Pakistan establishment with Pakistan continuing to facilitate terrorist activities.

Post Pulwama, India escalated its response strategy by launching airstrikes against known terrorist targets deep into Pakistani territory. Pakistan was quick to respond by launching counter-attacks.This did generate a feeling amongst Pakistan’s establishment that it was able to face up to Indian challenge of an airstrike by putting up an adequate degree of response to pat itself on the back to reassure domestic audiences that Pakistan’s security was in safe hands.

Any Indian military response in POK on a larger and broader horizon would require preparation and mobilisation of an unprecedented scale. The conflict is thus unlikely to be restricted only to the region. Further escalation of Indian threshold is likely to see an escalation leading to the potential of a full-blown conflict, something which is unacceptable to the international community.

Moving away from a conventional response, India to meet future challenges of trans-border terrorism has set upon shoring its capabilities to strengthen Special Forces and to be prepared to launch intelligence-based Special Operations to neutralise terrorist strongholds across the LOC. The setting up of Armed Forces Special Operations Division (AFSOD), a tri-service command as part of revamped set up under Chief of Defence Staff is the first step towards this direction.

To India’s discomfort, Pakistan’s security challenge is guided by a narrative of employment of non-state actors as an extension of its armed forces and terrorism as a tool of state policy. It takes recourse to the nuclear umbrella and feels that nuclear deterrence remains the predominant factor of strategic stability between the two protagonists. Pakistan has relied on nuclear deterrence as a factor of stability and feels that this parity has created a challenge for the conventionally larger and superior Indian military to engage in a war of attrition.

There is a discernable change in Indian strategy to tackle the menace of terrorism being unleashed from Pakistan by effective use of its military machine. It needs to further enhance and fine-tune its response strategy to be able to send across a message of resolve that it will not allow any Pakistani misadventure to go unpunished and will escalate costs for Pakistan to force it to desist from its game plan.

On international front India would continue to keep up the pressure on Pakistan through diplomatic means and draw global attention to Pakistan being a principal proponent of terrorism and an obstacle to peace in J&K. On the economic front, the pressure to blacklist it through FATF should continue.

India has done well so far by initiating appropriate measures to send across a message of being in control of the situation. It now needs to engage with people of Kashmir to let them know that their best interests remain by integrating with the mainstream by shunning the path of violence. 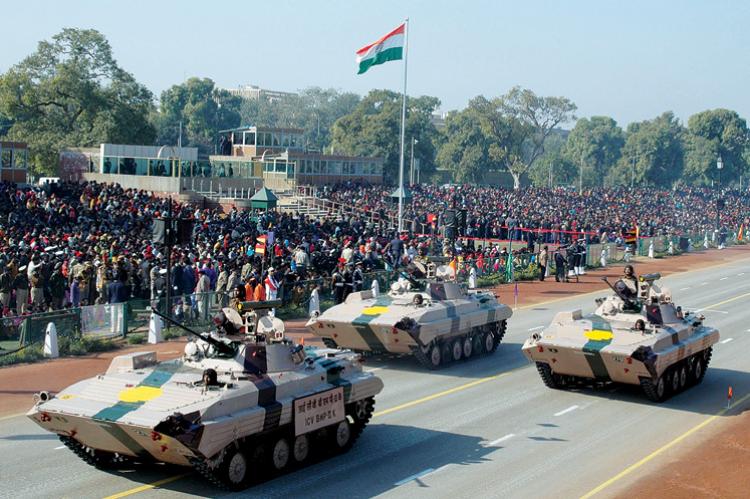 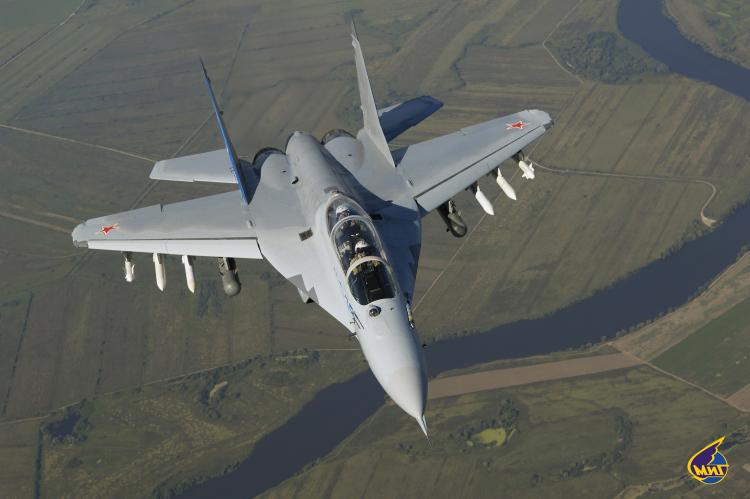