Raksha Mantri Shri Rajnath Singh flagged off 51st K9 VAJRA-T Gun from Larsen & Toubro (L&T) Armoured System Complex at Hazira in Gujarat today. Addressing a gathering on the occasion, Raksha Mantri called for active participation of the private sector in defence manufacturing, reaffirming the Government’s commitment to make India an arms manufacturing hub and net defence exporter. While Shri Rajnath Singh acknowledged the increasing participation of the private industry in defence production, he stressed that a lot still needs to be done to make India a global defence manufacturing hub.

“Our Government is open to new ideas and is determined to use the energy, entrepreneurship spirit and enterprise of the private industry in the defence sector,” Raksha Mantri said. He assured that the Government will make all efforts to remove any roadblocks and work together to achieve the goal of indigenisation and self-reliance in defence sector.

Shri Rajnath Singh also listed out various far reaching reforms introduced by the Government under the ‘Make in India’ initiative to achieve $26 billion defence industry by 2025 and provide employment to 2-3 million people. “We wish to create an ecosystem that provides a platform to both public sector and private sector to work together and contribute to nation building through their strengths and experiences,” he added. 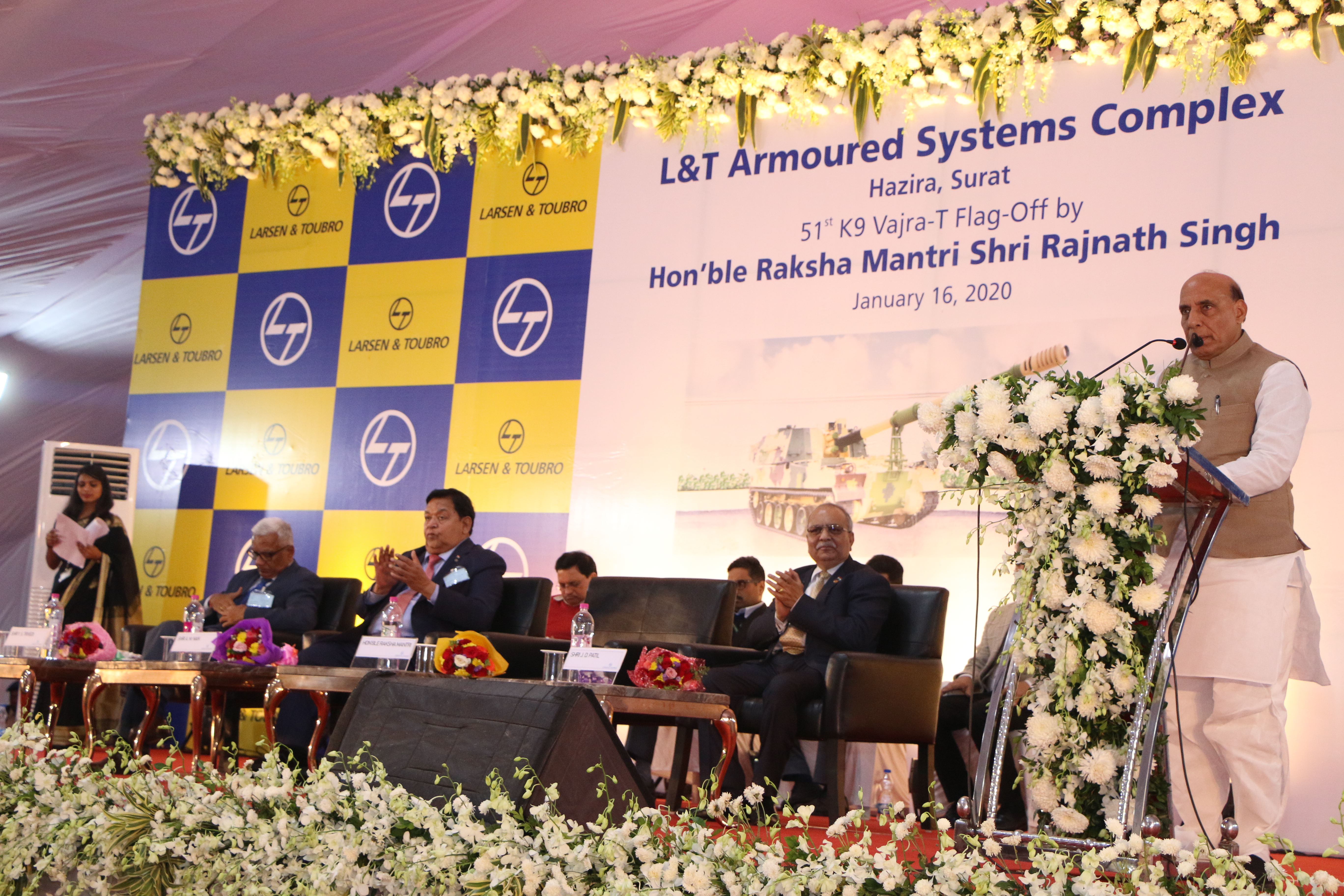 Some of the reforms highlighted by Raksha Mantri include setting up of Defence corridors in Uttar Pradesh and Tamil Nadu; simplification of industry licensing process; increase in Foreign Direct Investment (FDI) cap; steps to promote defence exports; streamlining of Defence offsets policy; establishing Defence Investor Cell; providing Government-owned trial and testing facility to the private sector and schemes for startups and small & medium enterprises to promote innovation. He also mentioned that the Strategic Partnership (SP) model has been introduced in the Defence Production Policy under which private sector will be able to manufacture fighter aircraft, helicopters, submarines and armoured vehicles and emerge as global giants. Shri Rajnath Singh commended L&T for ensuring their participation under the SP model.

Raksha Mantri expressed satisfaction on his visit to the Armoured System Complex, saying that the facility is a strong example of ‘Naye Bharat ki Nayi Soch’. He added that the goal of modernisation and indigenisation in defence under 'Make in India', conceptualised by Prime Minister Shri Narendra Modi, has started to take shape. Shri Rajnath Singh termed K9 VAJRA-T Gun as the best example of ‘Make in India’ in Defence. “I have been told that more than 75 per cent of K9 Vajra has been manufactured in India. Over 5,000 people have got direct employment and more than 12,500 indirect employment through this complex. It is a matter of great pride,” he said. Raksha Mantri congratulated L&T for delivering 51 of the 100 orders it received for K9 Vajra ahead of schedule.

Speaking on the occasion, A.M. Naik, Group Chairman L&T said, “Our Defence team has once again demonstrated L&T’s engineering and execution prowess in building this most advanced weapon system to the exacting levels of quality while ensuring on time delivery. The Hazira Manufacturing Complex has set various international technology and manufacturing benchmarks and the K9 Vajra is certainly one of them”.

While thanking defence minister for gracing the occasion, J.D. Patil, Senior EVP (Defence & Smart Technologies) and Member of the Board, L&T said, “Building Platform Programs like the K9 Vajra, contribute to the economy with a large multiplier effect and have a significant role in building a national defence industrial base. With the experience, track record, capability and infrastructure we have built at the Armoured Systems Complex, we are ready to take on development and build India’s future armoured platforms."

"Traction on the Strategic Partnership Model is what we look forward to for building diverse and advanced weapon platforms thereby strengthening the defence industrial ecosystem and enhancing self-reliance in National security. With delivery of 51st Vajra Howitzer today we have created Industry benchmark by delivering first of class Armoured Systems ahead of schedule and are on track to deliver the entire 100 howitzers ahead of schedule," he added.

L&T Defence is currently executing the ‘K9 VAJRA-T’ 155mm/52 calibre Tracked, SelfPropelled Howitzer Guns program - the largest contract awarded to an Indian private company by the Ministry of Defence, through global competitive bidding. The ‘K9 VAJRAT’ Howitzer Program involves delivery of 100 systems in 42 months with an associated Engineering Support Package (ESP) covering spares, documentation and training and Maintenance Transfer of Technology (MToT) to the Army Base Workshop to support the Howitzer regiments throughout their life cycle. L&T as winner of the Globally Tendered Program, converted it to Make-in-India mode and established a new green-field manufacturing – integration – testing complex at Hazira in the state of Gujarat. 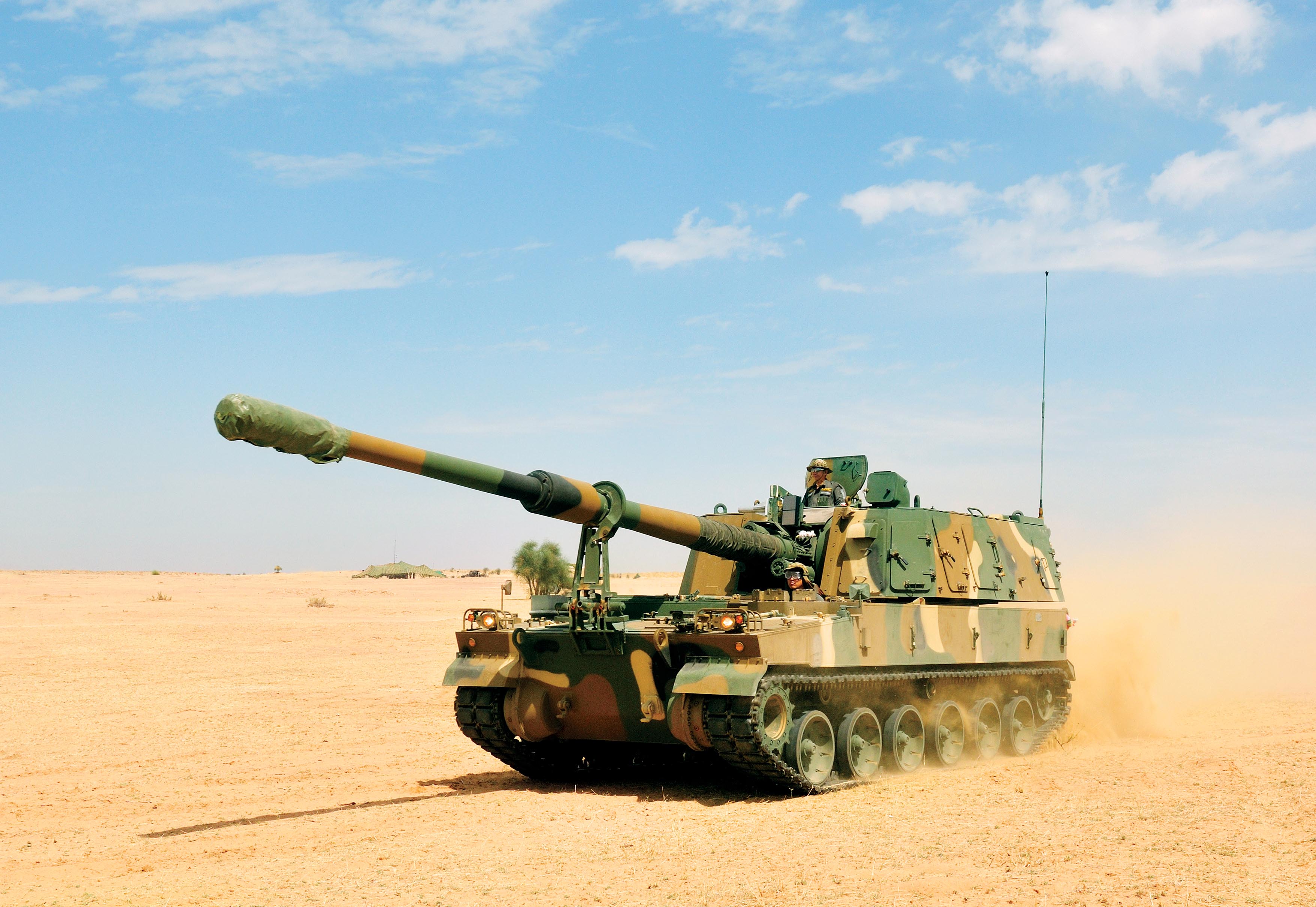 The ‘K9 VAJRA-T’ systems are being delivered with 50% indigenous content (by value) which includes 75% indigenous work packages at the Program level and involves local production of over 13,000 components per gun system through a supply chain of about 500 Indian Tier-1 manufacturers with over 100 of them from the MSME segment. 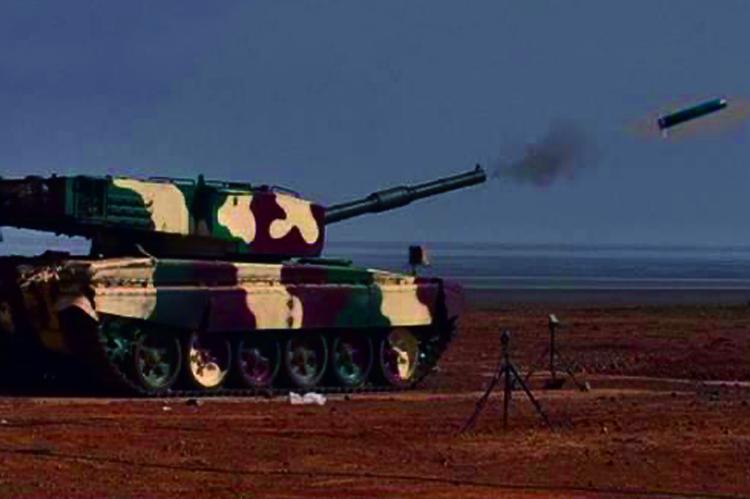